British outfit New Order rose from the tragic ashes of Joy Division in 1981 after the suicide of lead singer Ian Curtis. The remaining members pressed on and reinvented themselves as a dance-rock band, releasing a string of terrific albums throughout the ‘80s and early 1990s. After a lengthy hiatus, New Order returned in 2001 with the better-than-expected “Get Ready” and followed with the middling “Waiting for the Sirens’ Call” four years later. 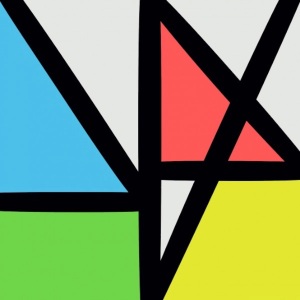 Another decade passed, leaving the band’s future very much in doubt, but the quintet is back with stellar new release “Music Complete.” The current lineup of Bernard Sumner, Gilliam Gilbert, Stephen Morris, Tom Chapman and Phil Cunningham is in peak form throughout a sprawling 11-track, 65-minute release that features guest spots from the likes of Iggy Pop, Elly Jackson and Brandon Flowers.

The sound is refreshingly eclectic, yet still very much recognizable as New Order. They’ve merged their guitar-based and electronics-based influences seamlessly and the record should appeal to new and old fans alike. “Restless” and “Singularity” get things off to a terrific start, and New Order also score with “People on the High Line (with La Roux’s Jackson), “Stray Dog” (with Pop), Nothing But a Fool,” “The Game” and set closer “Superheated” (with Flowers). Good stuff. (Jeffrey Sisk)