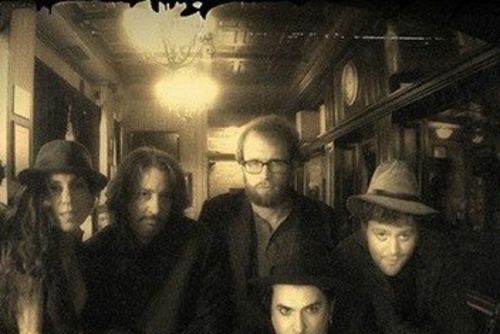 The Westies, a terrific band fronted by singer/songwriter Michael McDermott, drew inspiration for their name and debut from T.J. English’s book “The Westies and the Savage City.” The real Westies were a ruthless gang of Irish mob punks that ruled New York City’s Hell’s Kitchen in the 1960s and ‘70s.

“All I ever wanted to do was write songs and tell stories, like my grandparents and parents did from a long Irish lineage,” McDermott explains. “With that lineage came a proclivity for drink, for mayhem, and a wee bit of crime. I write what I know and what I know is, much of the time, ugly.”

“West Side Stories” is a 10-track gathering of tunes about loss and regret, but thanks to the efforts of McDermott (and backup vocalist Heather Horton), The Westies never become maudlin. The highlight of the album is “Say It…,” a duet featuring McDermott and Horton, and the band also delivers the goods on “Hell’s Kitchen,” “Bars,” “Rosie,” “Five Leaf” and “Still.” I can’t wait to hear more from this talented bunch of musicians. (Jeffrey Sisk)