Twenty-nine-year-old Georgia native Brantley Gilbert has done his best to keep the spirit of outlaw country alive since bursting on the scene with his 2009 debut “A Modern Day Prodigal Son,” but he really comes into his own on dynamite third release “Just As I Am.”

Mining much of the same turf as Eric Church, though with a style all his own, Gilbert struts his way through 11 winning tunes. “If You Want a Bad Boy” is the perfect lid-lifter, and he later scores with “17 Again,” “Bottoms Up,” personal favorite “My Baby’s Guns N’ Roses,” “One Hell of an Amen” and “Let It Ride.” Enjoy, y’all. (Jeffrey Sisk) 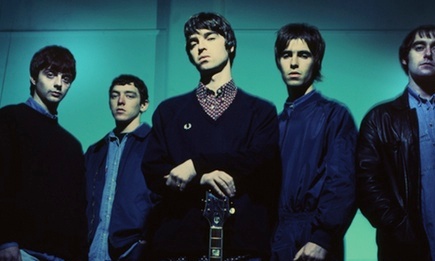 Big Brother Recordings is in the process of reissuing the band’s first three albums, starting with a deluxe 3-CD, 44-track version of “Definitely Maybe” to commemorate the 20th anniversary of the fantastic LP’s release.

Disc 1 is the original album, digitally remastered, and the 11-track slab has aged remarkably well. Songs like “Rock ‘N’ Roll Star,” “Live Forever,” “Supersonic,” “Cigarettes & Alcohol” and “Slide Away” have never sounded better. Discs 2 and 3 are the real finds for Oasis fans, with dozens of B-sides, live cuts and demos. All in all, it’s nearly 3.5 hours of music from one of the truly great bands of the 1990s. (Jeffrey Sisk)

‘Year of the Caprese’
Cherub (Columbia)
4 stars out of 5

Fun-loving Tennessee synth-pop duo Cherub aren’t known for making deep, meaningful songs, but damn if Jason Huber and Jordan Kelley can’t get you up on your feet with their Scissor Sisters-esque silliness. I mean that as a compliment, as latest full-length “Year of the Caprese” is a dance floor delight. 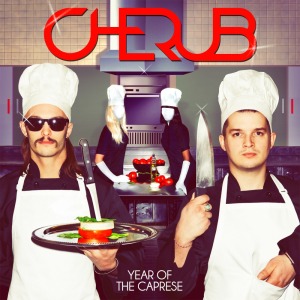 Cherub get the party started with “Simple,” “Disco Shit” and “Work the Middle,” and the beats keep bouncing on “This Song Is for You,” “<3,” “Strip to This,” “Lifesaver” and “Chocolate Strawberries.” If you’re looking for a good time, you won’t go wrong with Cherub. (Jeffrey Sisk) 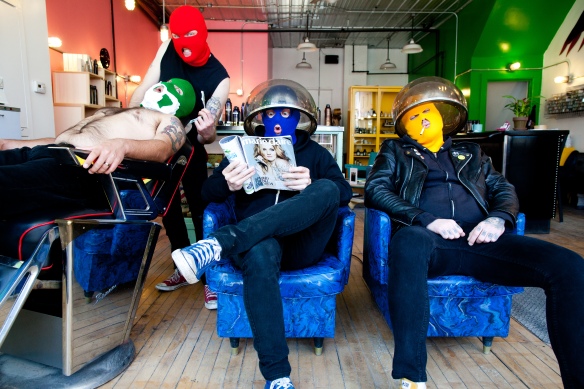 Hiding their identities behind colorful ski masks have pop/punk outfit Masked Intruder bordering on the edge of self parody, but the quartet proves they are more than a gimmick with the release of second full-length ‘M.I.” Blue, Red, Yellow and Green have cobbled together an entertaining 13-track release that makes for a good listen even if you probably won’t be humming the songs after the CD stops spinning. 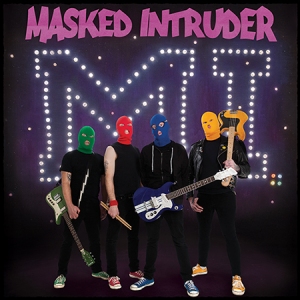 Opening tandem “I Foughtthe Law” and “The Most Beautiful Girl” get things off to a fast start, and Masked Intruder also score with “Crime Spree,” “When I Get Out,” “Almost Like We’re Already in Love,” “You’re the One” and “I Don’t Wanna Say Goodbye to You Tonight.” If pop/punk is your things after all these years, you’ll get a nice jolt out of “M.I.” (Jeffrey Sisk)

Flintface takes to the stage at Pittsburgh’s Hard Rock Cafe on Wednesday, June 4, at 8 p.m. in support of headliner The Trews. Tickets for the all-ages show (under-21 patrons must call the venue to reserve tickets) are $10 in advance and $12 at the door. The Hard Rock Cafe is located at 230 W. Station Square. Call 412-481-7625 or visit http://www.hardrock.com/cafes/pittsburgh for additional information.

Country trio Rascal Flatts have been going strong for almost 15 years and though they’ve never been one of my favorite acts — much to the chagrin of my super-fan 16-year-old niece — I can’t help but respect the resume Gary LeVox, Jay DeMarcus and Joe Don Rooney have put together. Latest full-length “Rewind” ranks among Rascal Flatts’ stronger offerings and shows that the guys still have plenty of gas left in the tank.

The one-two opening salvo of “Payback” and the title track gets the party started, and Rascal Flatts additional score with “Riot,” “I Like the Sound of That,” “I’m on Fire” and “Honeysuckle Lazy.” This 13-track release has me wondering if that niece of mine just might know what she’s talking about. (Jeffrey Sisk)

Indie pop singer/songwriter Kyle Andrews made a splash last summer with upbeat fourth full-length “Brighter Than the Sun” and the Nashville-based musician is back with three-song EP “One Plus One” to tide us over until a new LP drops later this year. 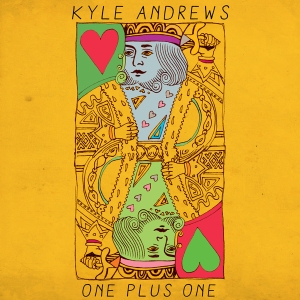 Andrews doesn’t stray from the optimistic, buoyant approach of his previous work and delivers the goods on the title track, “Great Big Life (Acoustic)” and “Pet.” I confess to not knowing much about Andrews prior to last year’s album, but the kid’s on my radar from here on out. (Jeffrey Sisk)

Diminutive heavy metal frontman Ronnie James Dio died in 2010 at age 67, but his legacy lives on in a CD/DVD set celebrating his namesake band. Dio’s “Live in London: Hammersmith Apollo 1993” is a must for anyone who came of age in the 1980s listening to the band’s “Holy Diver,” “The Last in Line” and “Dream Evil” albums.

This is the first-ever video release of the famed 1993 concert, in which Dio strut their way through 18 blistering tunes. Included are signature Dio anthems “Holy Diver,” “Rainbow in the Dark,” “Strange Highways” and “Heaven and Hell,” and the lads also score with “Evilution,” “The Last in Line” and “We Rock.” The DVD includes the full concert, as well as a “Hangin’ With the Band” behind-the-scenes feature. Rock those devil horns proudly. (Jeffrey Sisk) 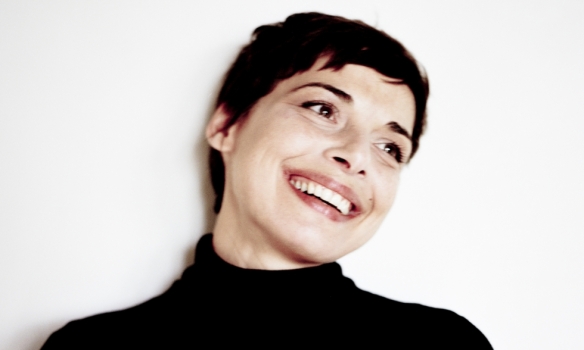 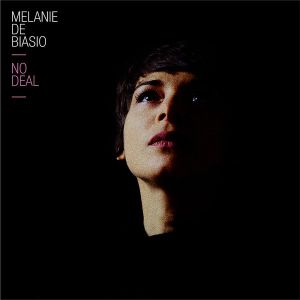 There are shades of Nina Simone throughout a 33-minute record that’s highlighted by keepers “I Feel You,” “The Flow,” “With Love,” personal favorite “I’m Gonna Leave You” and “With All My Love.” If you like jazz, “No Deal” needs to be added to your collection. (Jeffrey Sisk)